Veteran German forward Lukas Podolskirolled back the years when he produced a stunning finish to ignite the Comeback win for his team. Lukas Podolski scored the equaliser for his Polish team, Gornik Zabrze who came from behind to beat home team GornikLeczna in the derby clash between the two clubs when it comes to top flight football in Poland. Gornik Zabrze were able to record a 2-1 comeback win over the home team with all the goals coming in the first half. 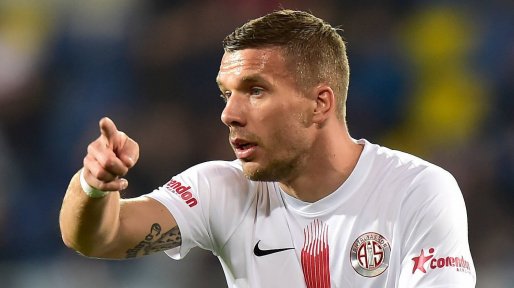 Hosts GornikLeczna were given a perfect start by veteran Polish midfielder JanuszGol in the seventh minute, but the lead lasted for just four minutes before the visitors restored parity thanks to the moment of brilliance from ex-Arsenal and Bayern Munich attacker Lukas Podolski. Robert Dadok then turned the game on its head with the second goal for Zabrze in the final minute of the game.


The late goal from Dadok in the first half was enough to give Zabrze an impressive away win at the expense of home team Leczna. Leczna were unable to get the equaliser throughout the whole of the second half.

With the result from the game between bottom team Leczna and Zabrze, the visitors were able to move into the top nine on the league table with 21 points from 15 games. Lukas Podolski was able to influence the game as Zabrze recorded a sixth league win this season. Gornik Zabrze have a record of six wins, three draws and six defeats.

On their part, GornikLeczna stay rooted to the foot of the table in the Polish top flight with nine points from 16 league games. Leczna have won just one goal all season and they have a record of one victory, six draws and nine defeats. They suffered their ninth league defeat of this league season at the hands of Gornik Zabrze.