Arsenal are now in pole position to sign Cody Gakpo, with Voetbal International reporting that the forward could break the record for being PSV Eindhoven’s biggest sale this summer. Gakpo is attracting attention from across Europe. He has been absolutely outstanding, scoring 16 goals and contributing 15 assists in all competitions. VI notes that the likes of Liverpool, Manchester City and Bayern Munich all have their eye on Gakpo. But Arsenal appear to be showing the most serious interest. 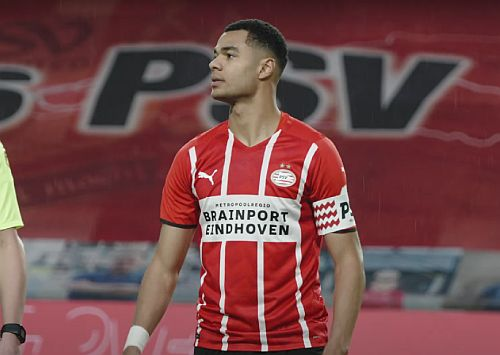 Reports on Monday claimed that the Gunners are prepared to push the boat out to get the Netherlands international. And it would appear that they will need to. Voetbal International reports that Arsenal now lead the race for Gakpo. And his departure could see the forward attract the biggest fee in PSV’s history. Currently, the record stands at £33.6 million from when Hirving Lozano left for Napoli.

One factor clubs will have to consider this summer is the World Cup later this year. Players with hopes of going to the tournament are unlikely to make moves to clubs where they will not have the platform to hit the ground running. Gakpo is someone who will have ambitions of making the Netherlands squad for the World Cup. But it looks imperative that he plays regularly in the opening months of next season.

Arsenal have a number of exciting options in that area of the field. Both Gabriel Martinelli and Emile Smith Rowe have shone on the left. So Gakpo may have some reservations about a move this summer. Arsenal will be wary of missing out however. So it will be interesting to see how Mikel Arteta handles any assurances Gakpo is looking for. According to Podolski, the Gunners should act fast in completing the player’s signing.