Eight years gone since Jay Bothroyd made his sole England appearance in a friendly against France on November 2010 as 72nd minute substitute. On Saturday. The 36-year-old is in his fourth season in Japan, in a 19-year career that has seen him go from London to Sapporo. 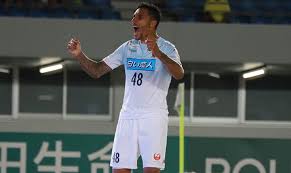 He is considered as England’s most popular export to the Japanese league since Gary Lineker in the early 1990s. Bothroydwho has scored more than 50 goals surpassed the former Tottenham striker’s goal tally in Japan. Gary lineker was unable to reach double figures.

Bothroyd who now plays Hokkaido Consadole Sapporo, could faceAndres Iniesta, David Villa, Fernando Torres and Lukas Podolski during the course of the season.

During a special interview Bothroyddiscussed the dos and don’ts of Japanese culture, he said he is very happy in Japan, and describes moving there as one of the best decisions he has made in his life. He said he had offers from China, and offers from England which meant him going back home. But he denied all because he was enjoying life in Japan, especially their football in terms of technicality, stadiums and facilities. Bothroyd went further by saying only ignorant people undermine the quality of the Japanese J-league because it is not widely watched.

FormerBarcelona skipper Andreas Iniesta moved to Japan last year, and stated that he had difficulties adapting to theJapanese culture, and how fans took defeat. Germany Legend Lukas Podolski who also plays in the J-league in a separateinterview said life was good forhe and his family, he said he particularly likes food, security and the friendly people of Japan. Podolski has 10 goals in 33 appearances for Vissel Kobe so far.

Bothroyd said he was shocked by the Japanese football culture when he joined Jubilo Iwata in 2015. He said the people of japan in football clubs, want to look to the positive side of things all the time. He said he found it strange that when team lose games, players would be found laughing and joking. He reiterated the fact that it was wired at first, but he later got used to it.